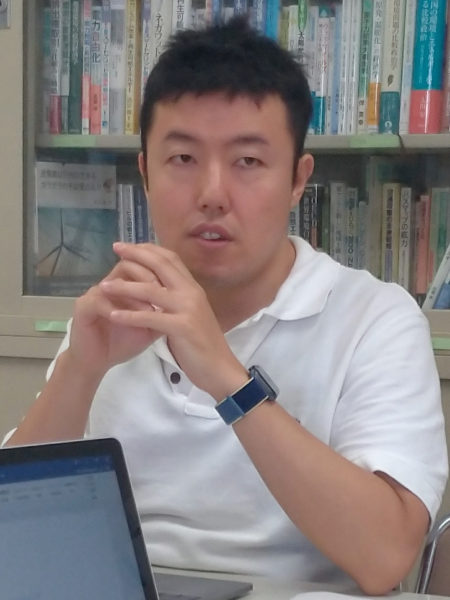 Received the bachelor’s degree in International Relations from Ritsumeikan University in 2009, and graduated from Global Environmental Studies, Kyoto university in 2011 (Master of Earth environment). Has been working in Kiko Network since 2011. Participated in and negotiated Conference of the Parties (COP) to the United Nations Framework Convention on Climate Change (UNFCCC) every year since 2007. From 2014, worked in the office of the NGO network “Climate Action Network Japan (CAN-Japan)”, which is committed to climate change negotiations and policy recommendations. The work includes “The use of regional resources to prevent global warming” (co-author, Gakugei Shuppansha, 2011), etc. 2019 Kyoto Women’s University Graduate School, Osaka Seikei University External Lecturer, former Hannan University External Lecturer.

Q: The Paris Agreement held in 2015 has adopted its long-term goal: to limit the temperature increase to 1.5°C above pre-industrial levels. How can we achieve 1.5 ℃ temperature control target? And what is the most important factor in this process?

Energy efficiency should take first priority. The unused energy is the cleanest energy, even compared with renewable energy because energy must be consumed in the process of producing facilities to get energy from renewable energy sources.

Shift towards 100% renewables society is also necessary as we need some amount of energy after our best effort to save energy. This is another important way to achieve 1.5℃ target. In some countries including Japan, Australia and other European countries, series of 100% renewables scenario are published from various actors. It means we can meet our energy demand with 100% renewables not only in electricity sector, but also in heat and transport sector.

And the most important factor in this process is the decarbonization of power sector. What we are focusing now is to accelerate the process of coal phase-out. Coal is the dirtiest energy among the various type of energy sources. The emission from high-efficient coal-fired power plant is about two times higher than the average natural gas power plant. That’s why coal phase out is very important to achieve the 1.5℃ target. In Japan, there are many coal-fired power plants already, and there are plans to build more. After northeast big earthquake and Fukushima nuclear disaster, nearly 50 new coal-fired power plant projects are coming up in Japan. They can be serious barriers to achieve 1.5 ℃ and 2 ℃ target.

Q： Japanese government is still allowing the plans to build many new coal-fired power plants. How do you think the attitude of government towards coal?

In Japan’s Basic Energy Plan, it’s stated that coal and nuclear are to be important energy sources continuously. After building plans of coal-fired power plant launched, many opposition activities led by local groups occurred in Japan. Some groups ask court to give the order to company to stop their projects.

Japanese government and some big companies including Japan Bank for International Cooperration (JBIC) are also supporting construction projects of coal-fired power plants in developing countries, such as Vietnam, Philippines and Indonesia. In terms of climate crisis, this type of project should not be accepted. In these areas, human rights abuse has also become a serious problem. Police officers may arrest local activity leaders to stop their opposition to the coal-fired power plant project. Though this kind of situation has already aroused the attention of Human Rights Commission, local people are still suffering from these suppressions. Kiko Network is now collecting information from NGOs in other countries and advocating elimination of financial support to coal projects made by Japanese government or other Japanese companies.

Q： Do you think it is possible to skip the phase depending on coal-fired power plant and directly make an energy system based on renewable energy in developing countries?

Yes, it is possible. Renewables are clean energy in many ways. Besides low CO2 emission, renewables are environmentally friendly energies when it comes to air pollutant emission. Coal-fired power plant is a big contributor to air pollutant emission, which has caused pretty much deaths in the world. According to the World Health Organization, 7 million people die every year due to air pollution. Renewables are also friendly to those countries and areas who lack natural resources. Different from natural resources, almost all the countries can get access to renewable energies. As a conclusion, I believe developing countries should give up coal-fired power plant and move forward to 100% renewable energy future. 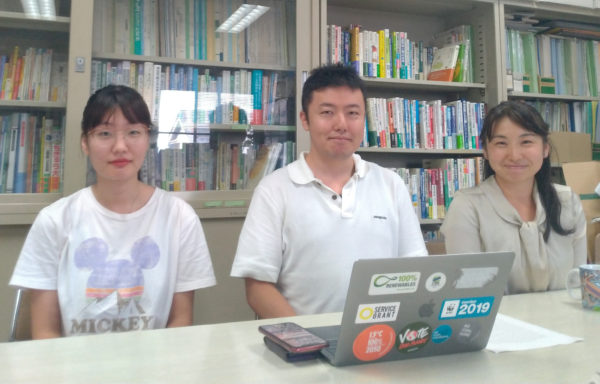